The ceramic figures by Stefanie Dinkelbach are conceived as a visual metaphor for a state in which the unselfconscious part of the self is present and able to expand.

The figures are modelled in paperclay, fired at 1200 C and dressed in lace that was dipped in porcelain slip and glaze before firing. The figures range in scale from 8 cm – 30 cm.

The figures that have now been created as stand alone (or together since the focus is on interaction) small scale sculptures were originally conceived as part of the short animation film ‘Nicer than they think they are’ (1991).

Stefanie Dinkelbach works as an independent scholar, filmmaker and artist in ceramic sculpture. She is also an experienced tutor and is available for personal tuition and project support. 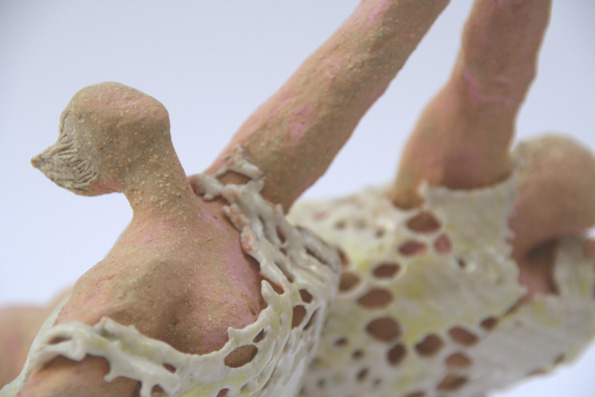 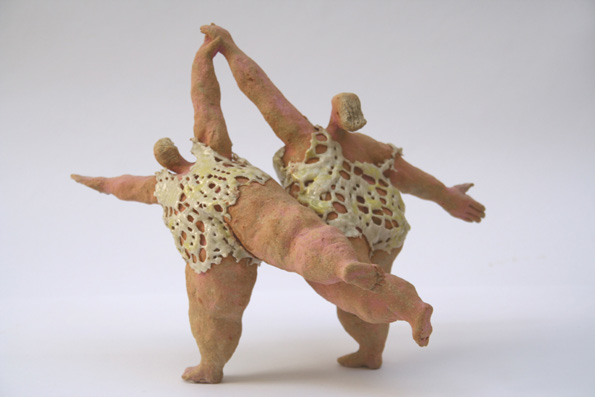 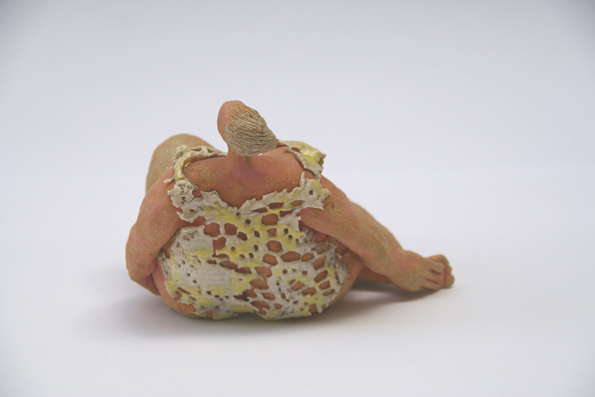 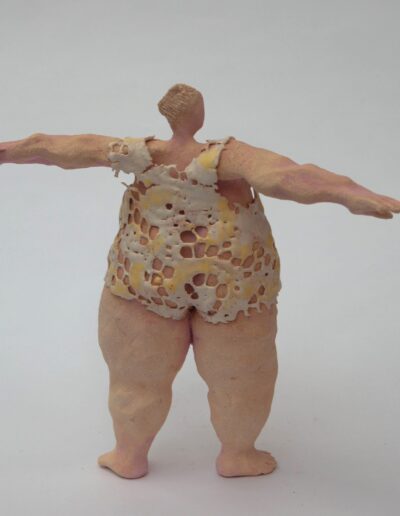 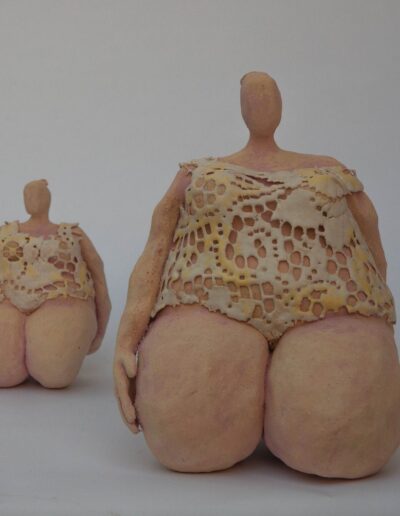 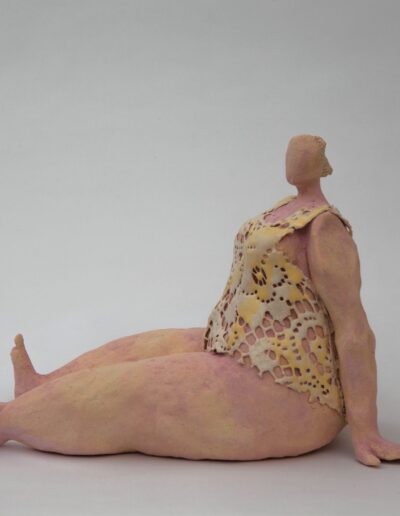 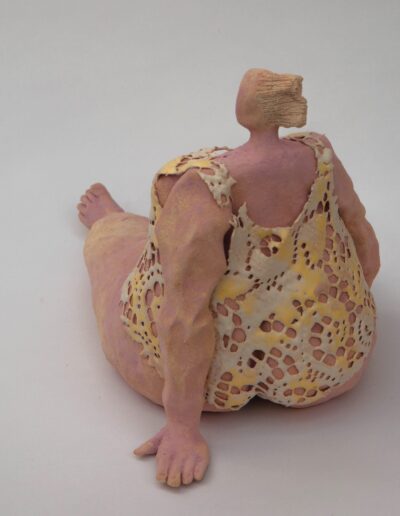 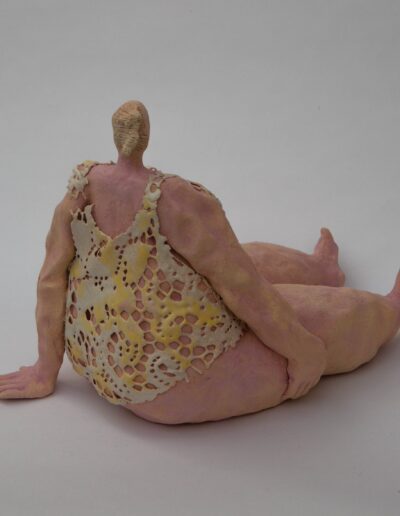